Climate change journalism: the next wave? 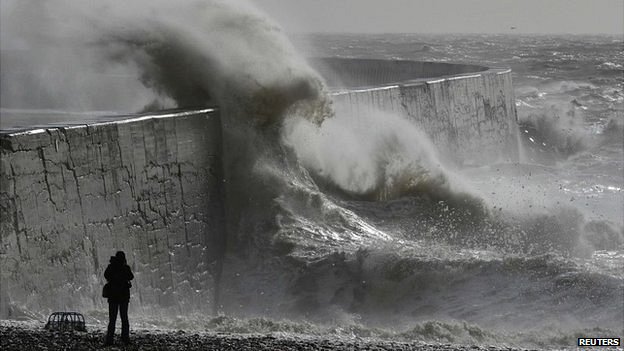 The photo here fits the agenda: in the wake of the recent IPCC report, press coverage has taken ona much greater urgency in conveying the elemental forceof climate change. Curiously, though, the reader is not engaged by being involved or included, so much as being told whatthe experts prescribe for us…

Let’s look at what this article says and, more importantly, what it does not include:

“The final draft report to the Intergovernmental Panel on Climate Change (IPCC) adopts a new tone of realism in the face of repeated failures by governments to meet their rhetoric on climate change with action.

It warns that governments are set to crash through the global CO2 safety threshold by 2030. Humans have tripled CO2 emissions since 1970, it says – and emissions have been accelerating rather than slowing.“

In contrast with previous IPCC recommendations, the policy statement from Yokohama last month doeshave a greater “tone of realism”.The possibility that governments mayfail to match rhetoric with action leads the article’s writerto suggest the inevitability of a “Plan B”.  But the description of that planinvolves a risky and ruinously expensive fantasy known as CCS:

“It warns governments if they overshoot their short-term carbon targets they will have to cut CO2 even faster in the second half of the century to keep climate change manageable.

If they fail again, they will have to suck CO2 out of the atmosphere.

This could be achieved by burning wood and capturing the CO2 emissions.

The gas could then be stored in rocks underground.”

The CO2 that a BECCS system would seek to sequester has to be pressurized for deep-well injection; indeed the pressurization consumes a third of the energyproduced by the system. It then presents a long-termthreat of leaking back into the atmosphere.Is this the best solution experts can offer?But farmers, ranchers, and other citizens all over the worldare raising the flag for a far better use for the carbonthat is out of balance in the atmosphere,eco-restoration.
As long as these half-solutions and half-truthsare spread without challenge in the media,we will be losing precious time for telling the complete story and offering safe, healthy and lasting relief from the extremeeffects of climate change.Solutions are available and people all over the worldwant to help put them in effect.