About half of biomass carbon and soil carbon is lost to the atmosphere after deforestation and conversion to agriculture and pastures.

An important new paper by K. Erb et al., 2017, Unexpectedly large impact of forest management and grazing on global vegetation biomass, Nature, doi:10.1038/nature25138, combines maps of global biomass under actual and potential (in the absence of humans) conditions, and finds once again that deforestation and conversion to agriculture and pasture has destroyed about half of the world’s biomass, amounting to about half the CO2 now in the atmosphere.

They do not consider changes in soil carbon, only of live plant biomass, an important omission since there is nearly 5 times more carbon in soil than in the atmosphere. Since soil carbon also declines by about half after deforestation and and conversion to agriculture and pasture, soil carbon loss to the atmosphere must be quantitatively even larger than biosphere carbon loss!

Their map of percentage of terrestrial biomass shows the massive extent of land biomass loss in every single continent, with little or no trace left of the magnificent forests that once covered most of Earth’s inhabited surface.

Erb et al show a graph of actual versus potential biomass for major habitats. This hows that even intact forests that are used by humans have lost a significant fraction of their biomass, but worst of all are agriculture and pasture, where nearly all the land biomass is lost. In their figure below, green are natural habitats, blue are intact forests used by humans, and yellow are deforested areas. What is referred to as “Artificial grassland” is NOT fake grass, it is areas pasture and grassland areas that are not natural, and now exist now only because the original forest is gone. 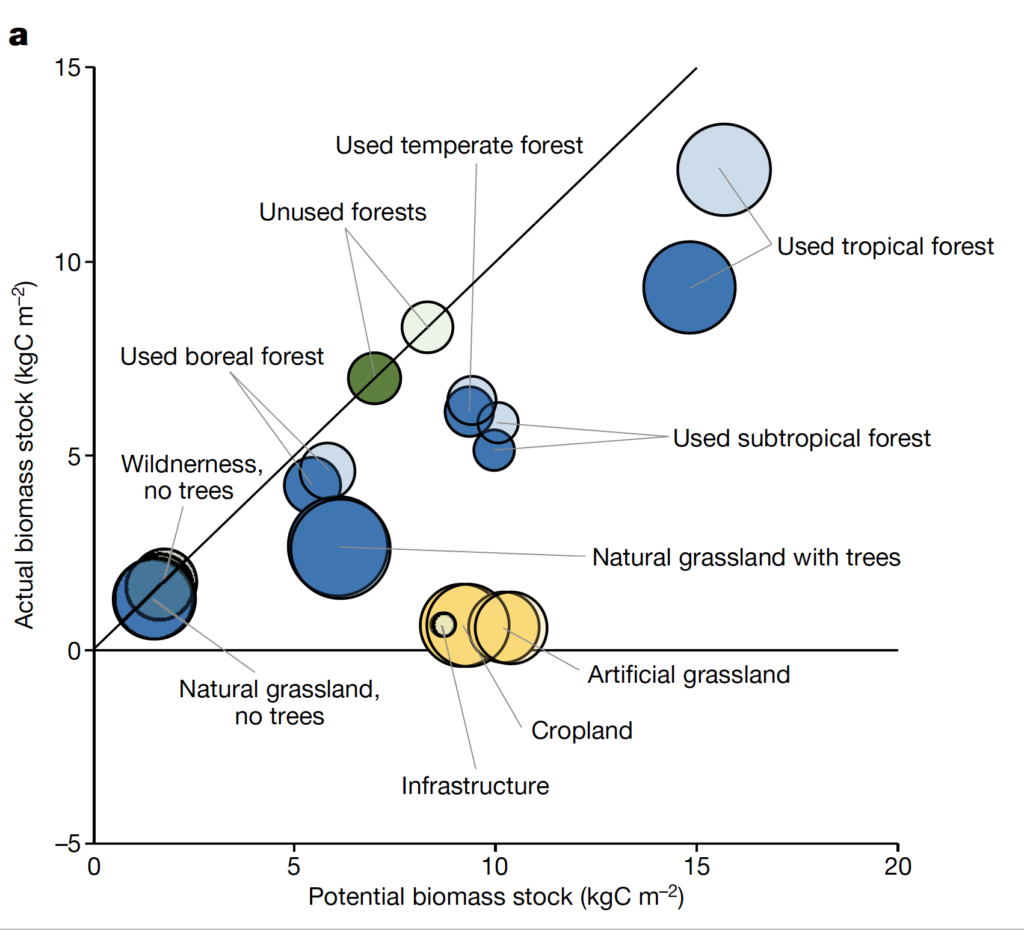 You can clearly see for yourself the enormous difference in biomass comparing the height of the natural Amazon jungle, next to pasture in that had been deforested and burnt the year before, seeded with grass, but not yet grazed (over-grazed pasture had far less grass biomass), in this 1984 photograph taken by my Brazilian colleague William de Mello, taken while we were measuring greenhouse gas emissions from Amazonian soils, the blue tarpaulin tents we lived under were about 5 meters high. 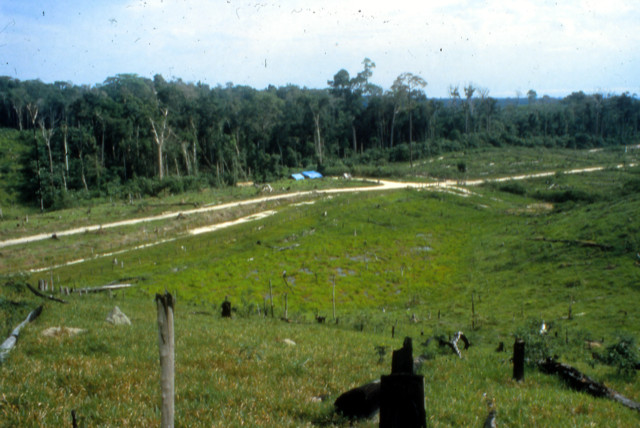 The key messages are that:

Land management can make a difference by:

3) Soil Carbon regenerative management of agriculture, pastures, and managed forests, which can store large amounts of carbon underground even without large biomass increases, potentially much larger than the biomass increase itself.

Both more biomass and soil carbon are needed on a large scale, but increasing soil carbon storage is by far a larger and longer lasting atmospheric carbon sink than biomass increases alone.